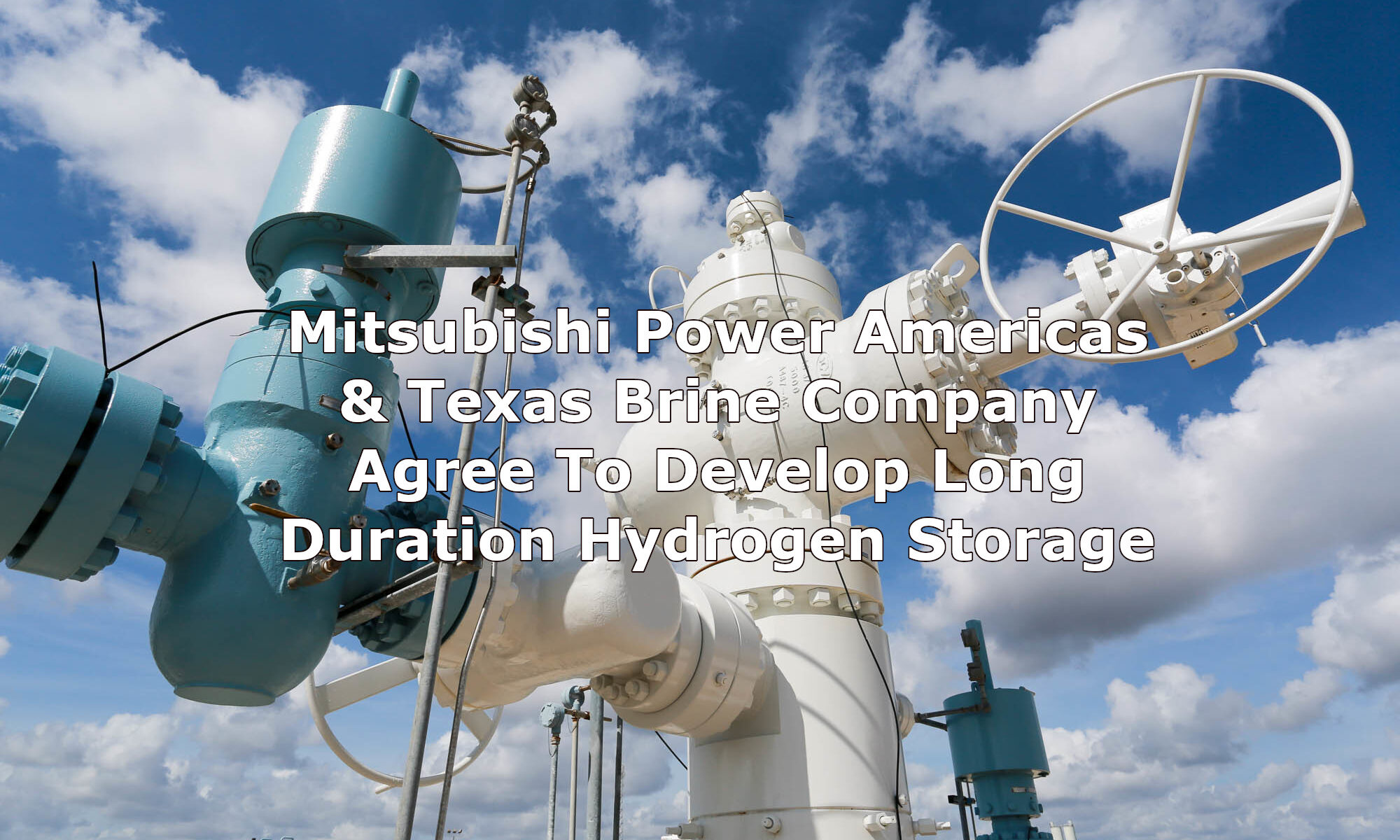 This collaboration expands Mitsubishi Power’s capability to store hydrogen safely and cost effectively in salt caverns in strategic locations across North America. The nation’s largest brine producer, Texas Brine and its affiliates have salt positions in New York, Virginia, Texas and Louisiana that will enable access to major load centers in the Northeast, Mid-Atlantic and the Gulf Coast.

Salt deposits are unique geological features into which caverns can be solution mined to provide safe, reliable and economical bulk gas storage. Hydrogen has been stored in salt caverns for decades in the U.S. Gulf Coast. Expanding the use of salt caverns for hydrogen energy storage in other regions offers a significant opportunity to create an infrastructure for clean energy resources throughout the U.S. to benefit industries such as power, transportation and manufacturing that are targeting net zero carbon emissions.

Mitsubishi Power’s collaboration with Texas Brine provides other symbiotic benefits. Brine, a mixture of salt and water, is produced during the solution mining of salt formations. It can then be used as a critical feedstock for the chemical industry, or it can be dehydrated to produce salt for food, deicing, agricultural, industrial, and water softening markets. The coproduct of the solution mining process is an underground repository that can be used to store liquid or gaseous commodities, such as hydrogen. Conversely, when a salt cavern is designed and engineered specifically for the storage of hydrogen, it employs the same solution mining process, which ultimately creates a brine coproduct that can be used as a feedstock.

Ted Grabowski, President and CEO of Texas Brine, said, “Strategic alliances that enhance collaboration across industry domains are critical for cost-effective use of resources. We look forward to collaborating with Mitsubishi Power to support safe and low cost storage of hydrogen across our sites in the eastern U.S. and to explore synergistic opportunities at sites in other parts of the country.”

Paul Browning, President and CEO of Mitsubishi Power Americas, said, “To bring about an energy transition for a net zero carbon future, we have to work with partners. It takes innovative partnerships and cross-sector teams to decarbonize multiple verticals. Our alliance with Texas Brine supports our mission to provide power generation and energy storage solutions to our customers, empowering them to affordably and reliably combat climate change and advance human prosperity. Together with our partners, we are creating a Change in Power.”