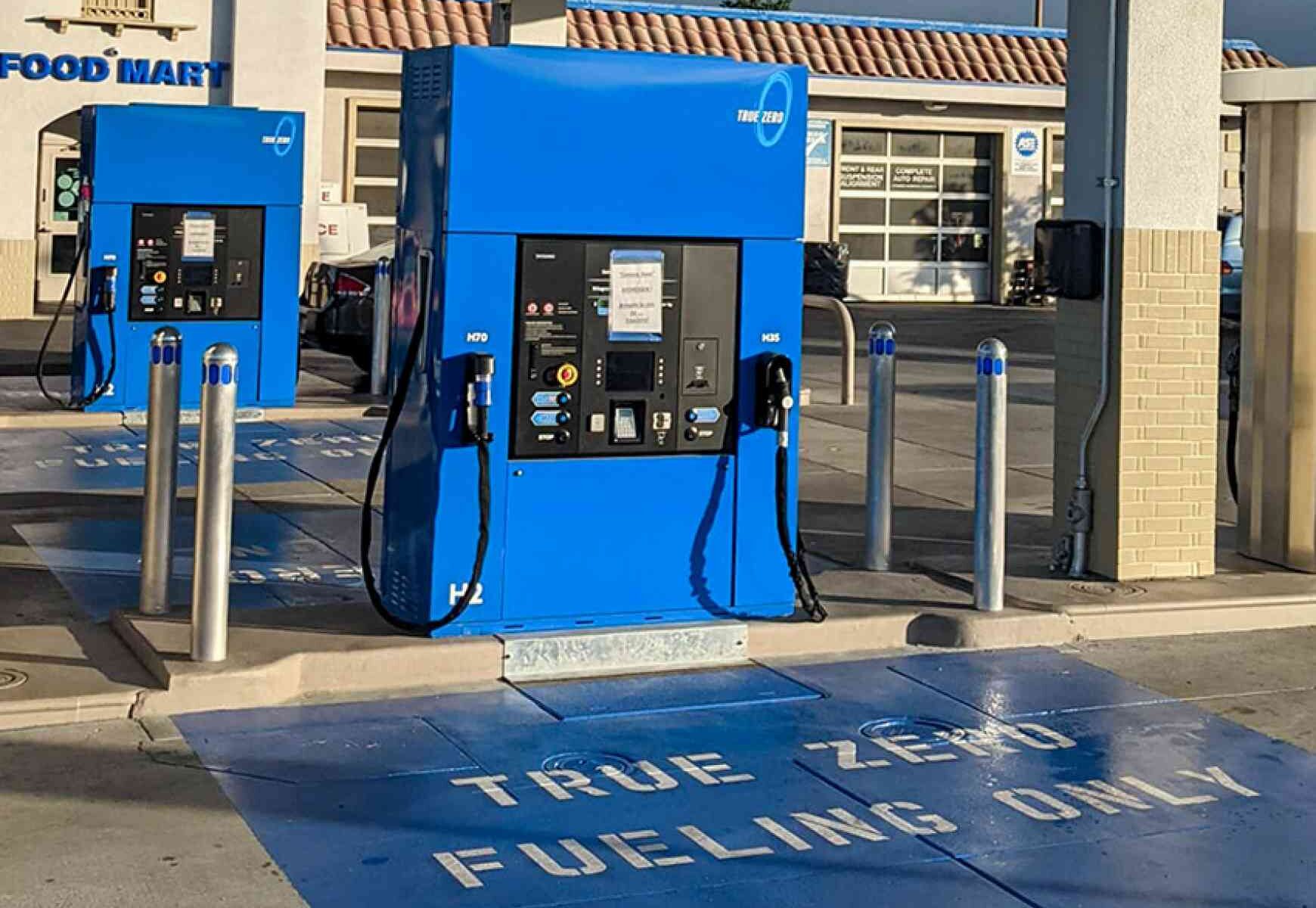 The Sunnyvale True Zero station, located in Silicon Valley, was developed by FirstElement Fuel. It will be open 24 hours a day and is located at 1296 Sunnyvale Saratoga Road, Sunnyvale, CA 94087. The price of hydrogen is $13.08 per kilogram.

The Sunnyvale hydrogen station capacity is 1,600 kilograms and has four fueling positions with a total of five nozzles (four H70 nozzles and one H35 nozzle). It is one of the first hydrogen stations in California serving passenger cars to have four fueling positions and capacity up to six times the size of earlier hydrogen stations. The next-largest stations for passenger cars are similar include the True Zero station in Fountain Valley that opened in July and the True Zero station in Oakland, with more than 800 kilograms. It opened in late 2019.

This station will be able to fuel three cars simultaneously, increasing the number of vehicles served in a shorter time. This and future stations like it will help meet the needs of the growing fuel cell passenger car market in Silicon Valley and the greater Bay areas and across California.

The station offers 100% renewable hydrogen. California requires that at least 33% of hydrogen fuel come from renewable sources. For stations that qualify for the Low Carbon Fuel Standard ZEV infrastructure credit, that amount increases to 40%.

Check out this station and any other on RMP’s map of US hydrogen infrastructure which now also includes Canadian infrastructure here:  https://www.respectmyplanet.org/public_html/united_states

RMP’s map opens on retail open & retail planned hydrogen refueling stations when it first loads.  Many of the stations planned on the east coast of the USA (i.e. icons colored yellow) are fully operational but not yet “open to the public”.   You can turn on/off marker groupings by using the panel on the left to view:  bus stations, truck stations, research facilities, universities, production locations, liquefaction locations, and transfill locations.   Check it out.  Always free to use w/ no advertisements or user tracking.  Just light, simple, homegrown, and fast code for a fast responsive map with deep database & AJAX functionality.