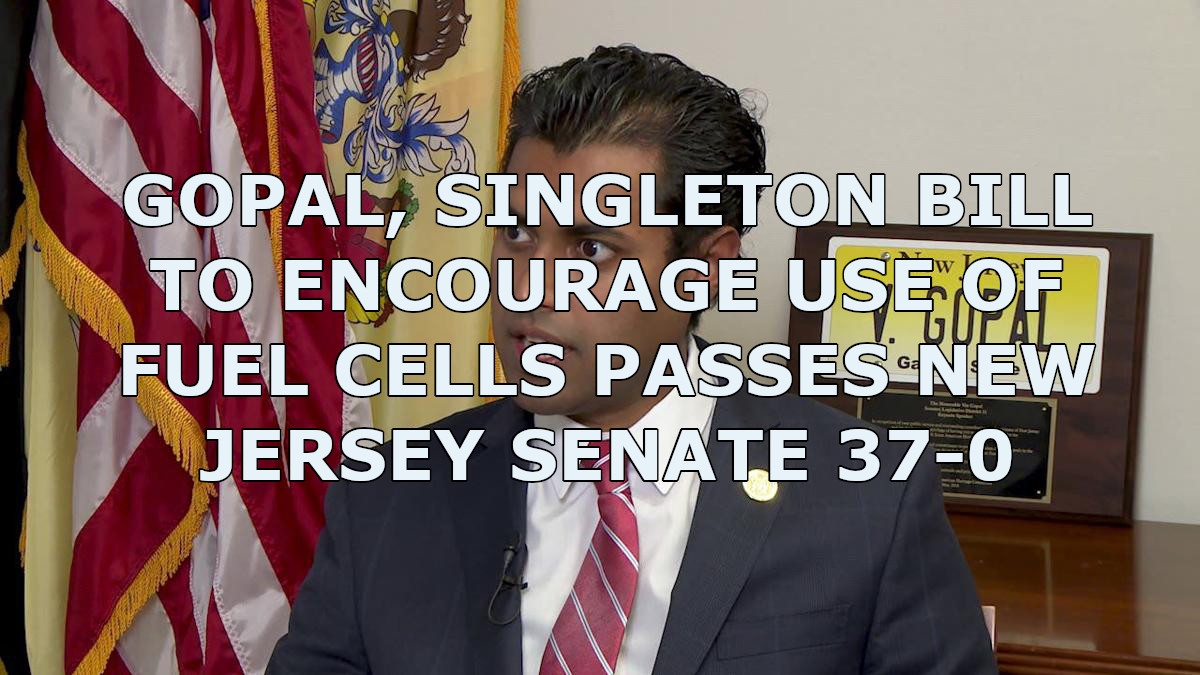 Trenton, New Jersey – In an effort to utilize renewable energy across the state, today the Senate passed legislation sponsored by Senators Vin Gopal and Troy Singleton which would encourage the use of fuel cells as a power source.

“The State currently has the ambitious goal of securing 50 percent of its electricity supply from renewable energy by 2030, and utilizing fuel cells is a step in the right direction,” said Senator Gopal (D-Monmouth). “Fuel cells use the chemical energy of hydrogen or another fuel to cleanly and efficiently produce electricity that can be used to power a number of systems—from a utility power station to a laptop computer. This bill will help to increase the use of fuel cells within State government agencies and set an example for private companies to also do the same as we work to increase the use of renewable energy across the state.”

The bill, S-2846, would require State agencies that are seeking to purchase an item requiring a power source to include in the request proposals that allow for the consideration of items powered by fuel cells.

“Through this proposal, we are encouraging state agencies to consider fuel cells as an energy source when they are purchasing items,” said Senator Singleton (D-Burlington). “This will have the dual benefit of reducing our carbon footprint while at the same time serving as an example for those in the private industry to follow. Ultimately, it is our hope that this will pave the way for more renewable energy throughout New Jersey.”

The bill cleared committee by a vote of 37-0.