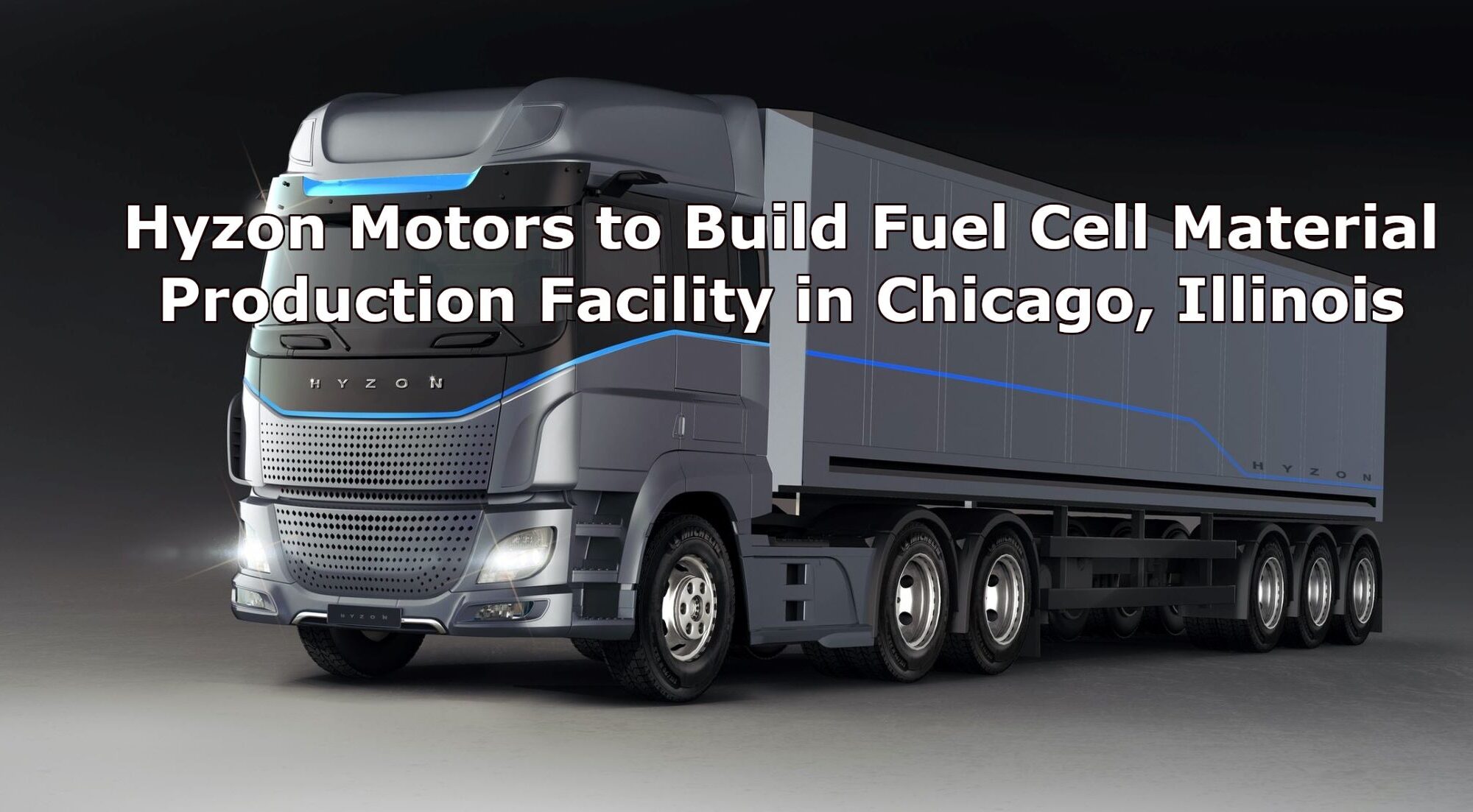 As announced previously, Hyzon plans to go public through a merger with Decarbonization Plus Acquisition Corporation (NASDAQ: DCRB, DCRBW, DCRBU), a publicly-traded special purpose acquisition company (SPAC). The combination is expected to close in the second quarter of 2021.

The MEA is the critical component of a fuel cell and accounts for about 70% of the cost of a fuel cell stack. MEAs are currently produced in Canada, Europe, Japan, Korea and China at commercial scale. Smaller scale MEA production in the United States has so far been a supply and cost bottleneck for US fuel cell vehicle production.

At full capacity, the Hyzon Innovation Center is expected to produce enough MEAs to cover the production needs for up to 12,000 hydrogen fuel cell powered trucks every year. The facility is expected to commence production of MEAs in the fourth quarter of 2021, and is planned to open with 28,000 square feet of manufacturing space, before expanding in a second phase to 80,000 square feet. Hyzon expects to eventually fill up to 50 full-time positions at this production facility.

George Gu, Chairman and Co-Founder of Hyzon, said, “The new Hyzon Innovation Center is essential to our strategy to expand the US hydrogen supply chain, reduce fuel cell costs for commercialization, and create local jobs. We chose the greater Chicago area due to its top-tier universities, national labs, equipment companies and manufacturers, and a large pool of talent for recruiting a highly-skilled workforce. We are looking forward to empowering this unique ecosystem so that we can further accelerate the energy transition and decarbonize heavy road transport.”

Craig Knight, Chief Executive Officer and Co-Founder of Hyzon, said, “We are excited about our plans to open the first high-volume MEA production line for hydrogen fuel cells in the US, which we anticipate will enable us to rapidly scale up the production of our fuel cells and deliver up to 12,000 Hyzon zero-emission heavy vehicles each year. We see a substantial uptake in Europe already, and anticipate North America will soon follow suit on this decarbonization journey for heavy transport.”

In addition to the Hyzon Innovation Center outside Chicago, Hyzon has two facilities in Rochester, New York – one serving as a fuel cell testing facility and the other as its US headquarters, fuel cell engine production facility, and vehicle integration center. The Company currently produces commercial vehicles at its facility in Groningen, The Netherlands, through a joint venture with Holthausen Clean Technology B.V.