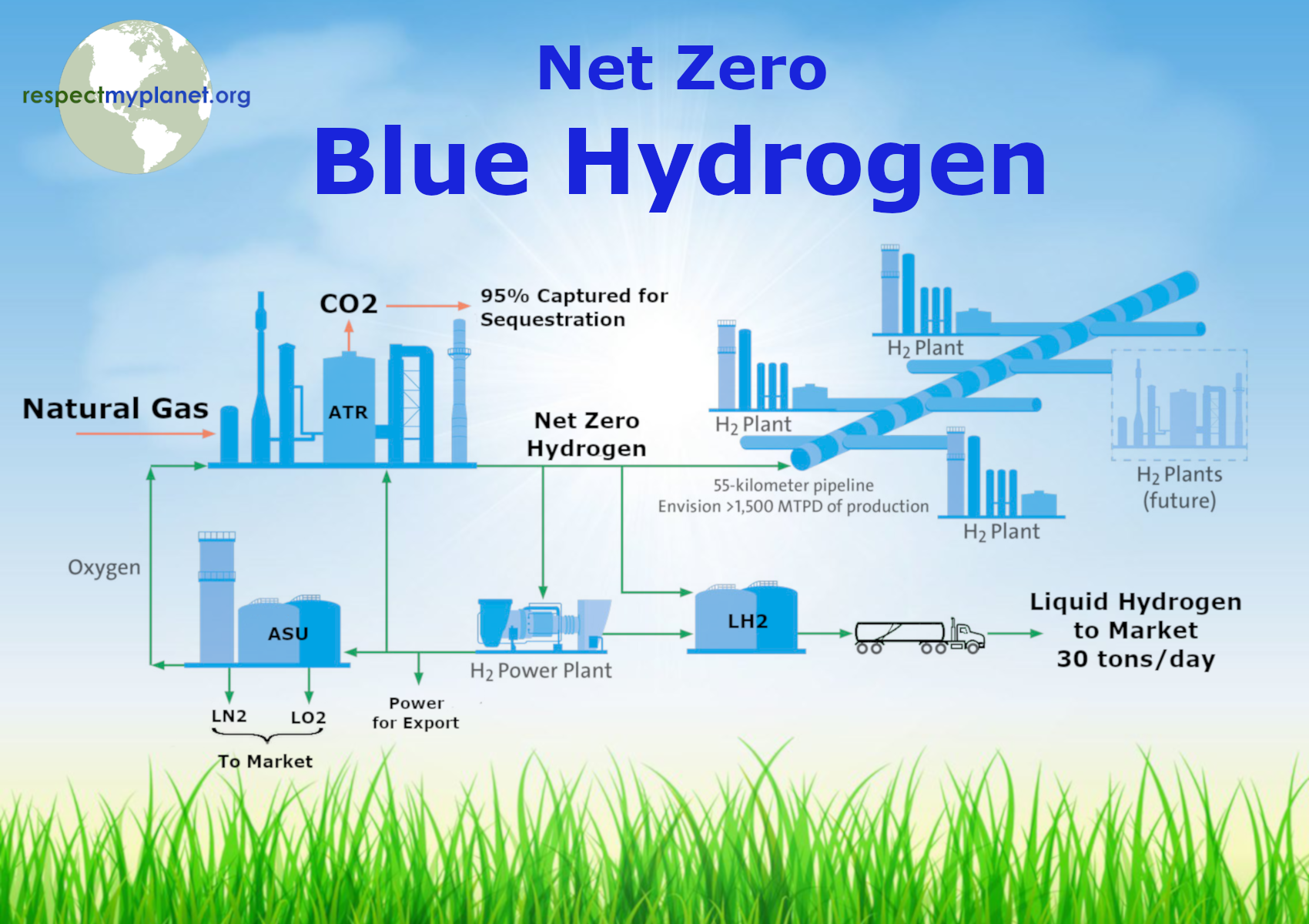 Blue hydrogen has been making headlines this summer.  It’s made from natural gas in a two-part process called autothermal reformation (ATR).  The ATR process is different than the steam reformation (SMR) process used to make most hydrogen over the past century. There has never been a market for hydrogen for energy so we learn more & more each year about how to END_OF_DOCUMENT_TOKEN_TO_BE_REPLACED 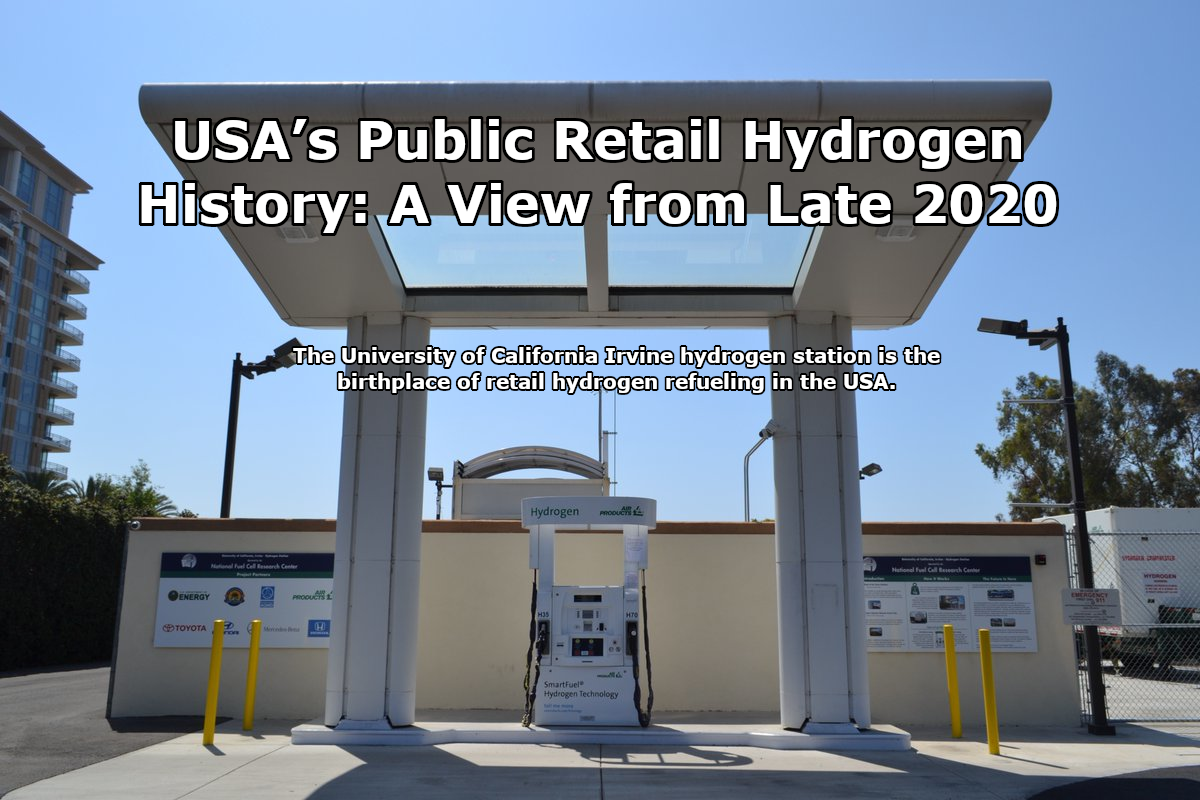 Sometimes when you want to understand where you are or what just happened, you have to look back to appreciate how you got here.  To understand something generationally new, you have to understand its predecessor technology to appreciate the contrast between the way it was and the way it will be going forward.  RMP has been writing about some BIG new hydrogen refueling stations that would be coming online soon, and now… they’re here.  They’re open now.  Now that they’re open & with more BIG stations on the way, it’s starting to set in that we have reached a milestone in retail hydrogen refueling infrastructure.  That said, it seems like a good reflection point to look back at retail hydrogen infrastructure development thus far and understand the USA’s history in hydrogen clean energy technology.

People following hydrogen infrastructure development will have many different takes on where we started and how far we’ve come.  How far to go back in history is an ambiguous question.  RMP will focus on END_OF_DOCUMENT_TOKEN_TO_BE_REPLACED 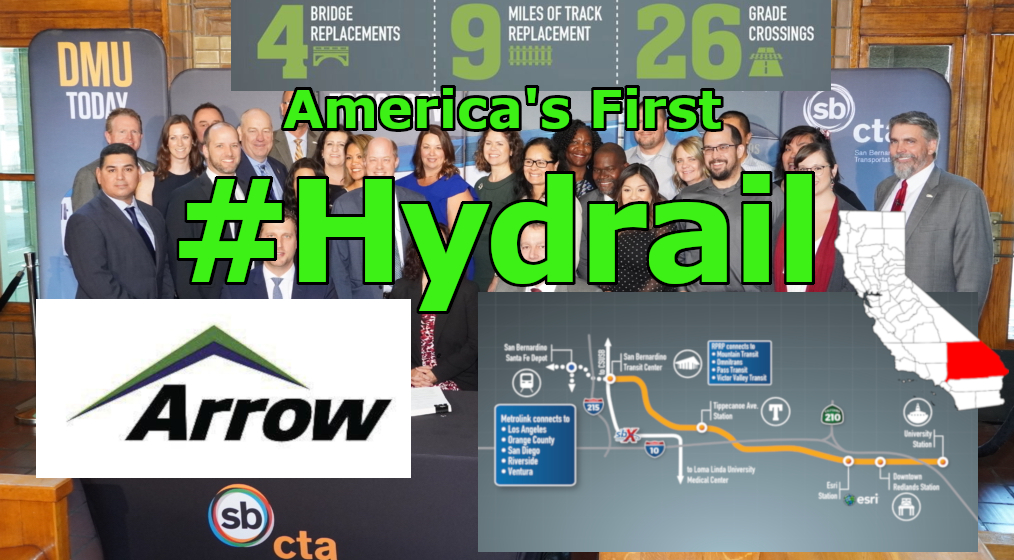 The San Bernadino County Transportation Authority (SBCTA) has begun mainline construction on the Redlands Passenger Rail Project, which is bringing the next generation of passenger rail service to the East Valley. To celebrate this momentous occasion, SBCTA had a Groundbreaking Event on July 19,2019 near the corner of Third Street and Stuart Avenue in Redlands.

The Redlands Passenger Rail Project will add a nine-mile rail connection between the University of Redlands and the San Bernadino Transit Center, a multi-modal transit hub that can provide access to all points west. When completed, the project will house the Arrow commuter line, featuring specially designed zero-emission hydrogen fuel cell powered trains. The zero-emission units will be the first of their kind in North America. The Arrow system is expected to be operational in 2021 & up to date information about construction on the project & road crossing closures as the construction plays out can be END_OF_DOCUMENT_TOKEN_TO_BE_REPLACED 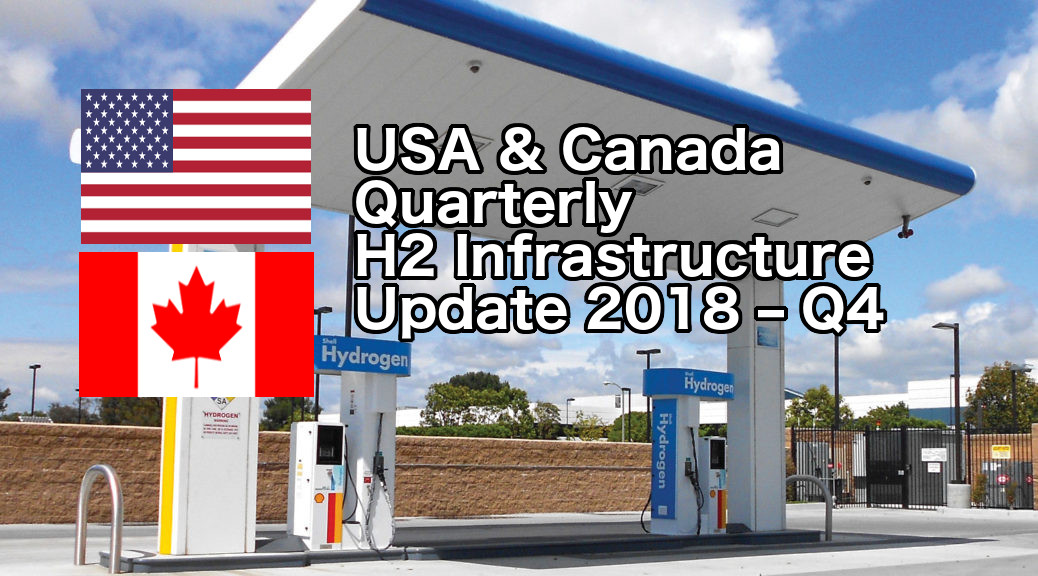 Welcome new readers of RMP’s quarterly H2 infrastructure report.  Each quarter RMP looks back on the major stories related to hydrogen infrastructure advancements in the USA & Canada.  RMP compares the current Alternative Fuels DataCenter database to the AFDC database in the prior quarter to see what has changed.  The AFDC database is updated by the US Department of Energy & can be found by clicking here.   RMP also follows the #hydrogen hashtag on Twitter to stay plugged into the latest develops around the world.  Clickthrough to read all the updates & news from the past three months. END_OF_DOCUMENT_TOKEN_TO_BE_REPLACED 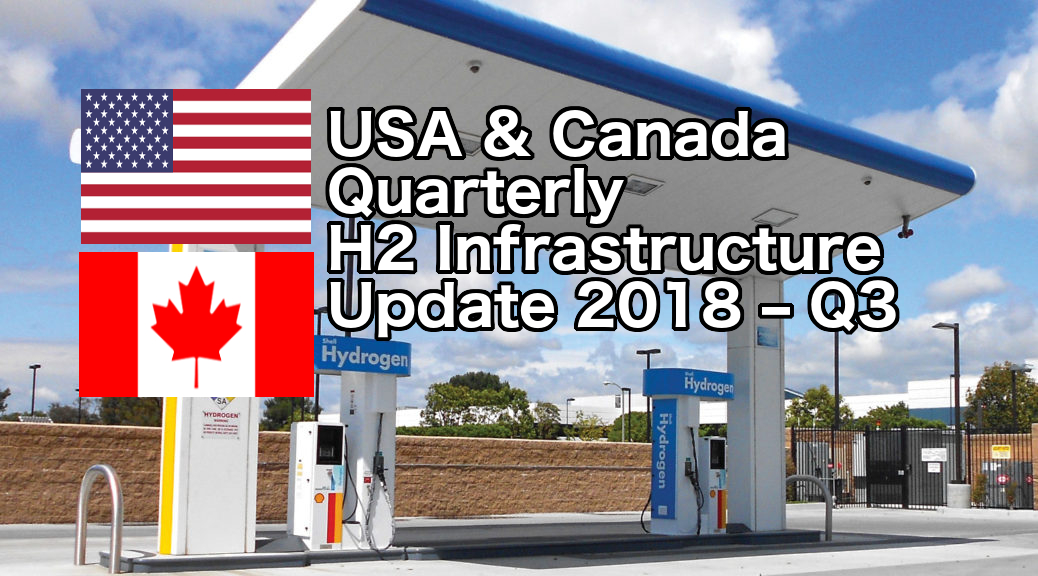 If you’re reading this article, you might have already END_OF_DOCUMENT_TOKEN_TO_BE_REPLACED 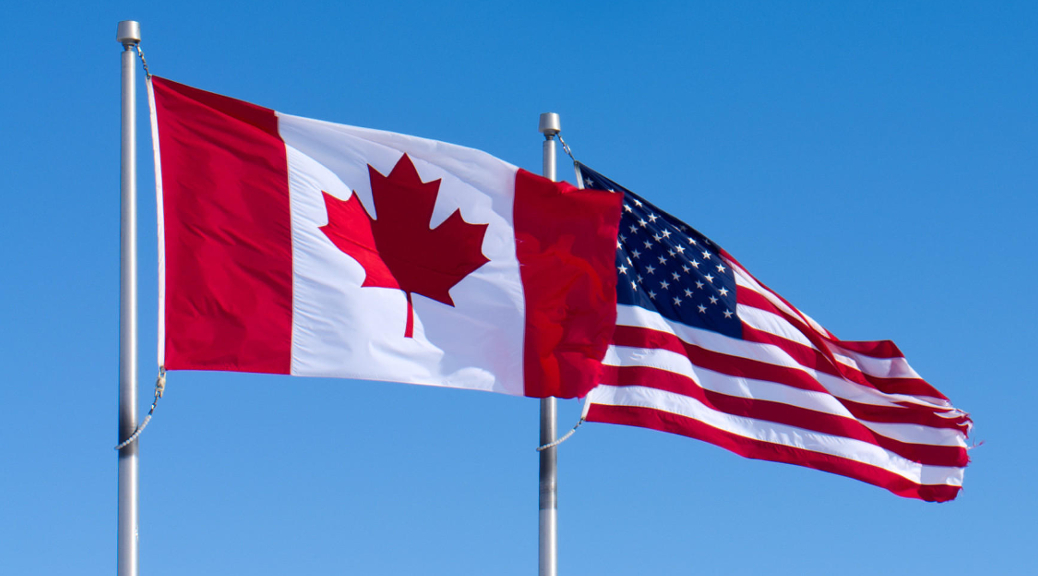 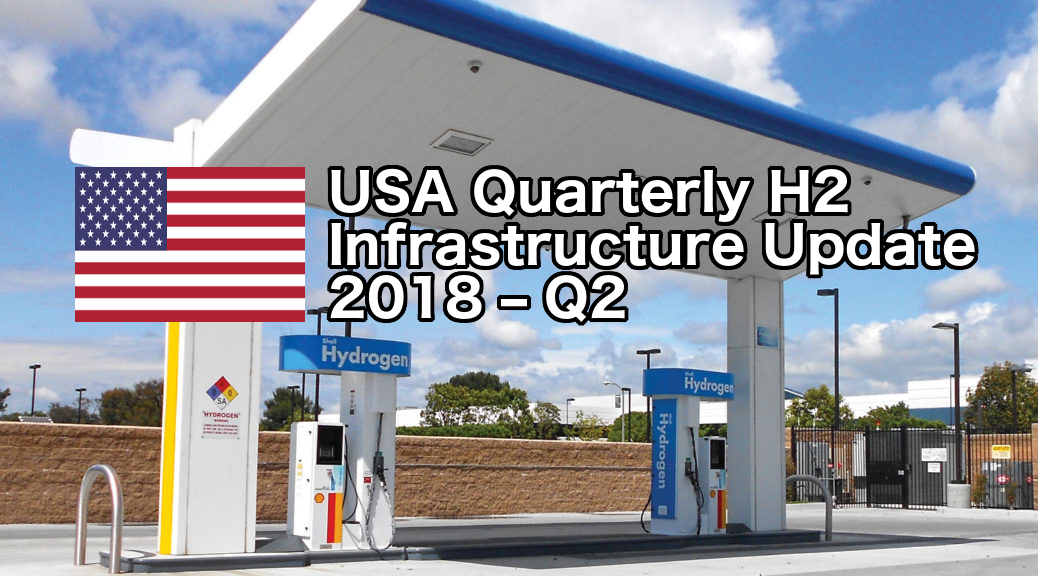 Seven data records for H2 stations disappeared from the database this quarter. Two of the stations no longer showing on the AFDC database are the END_OF_DOCUMENT_TOKEN_TO_BE_REPLACED 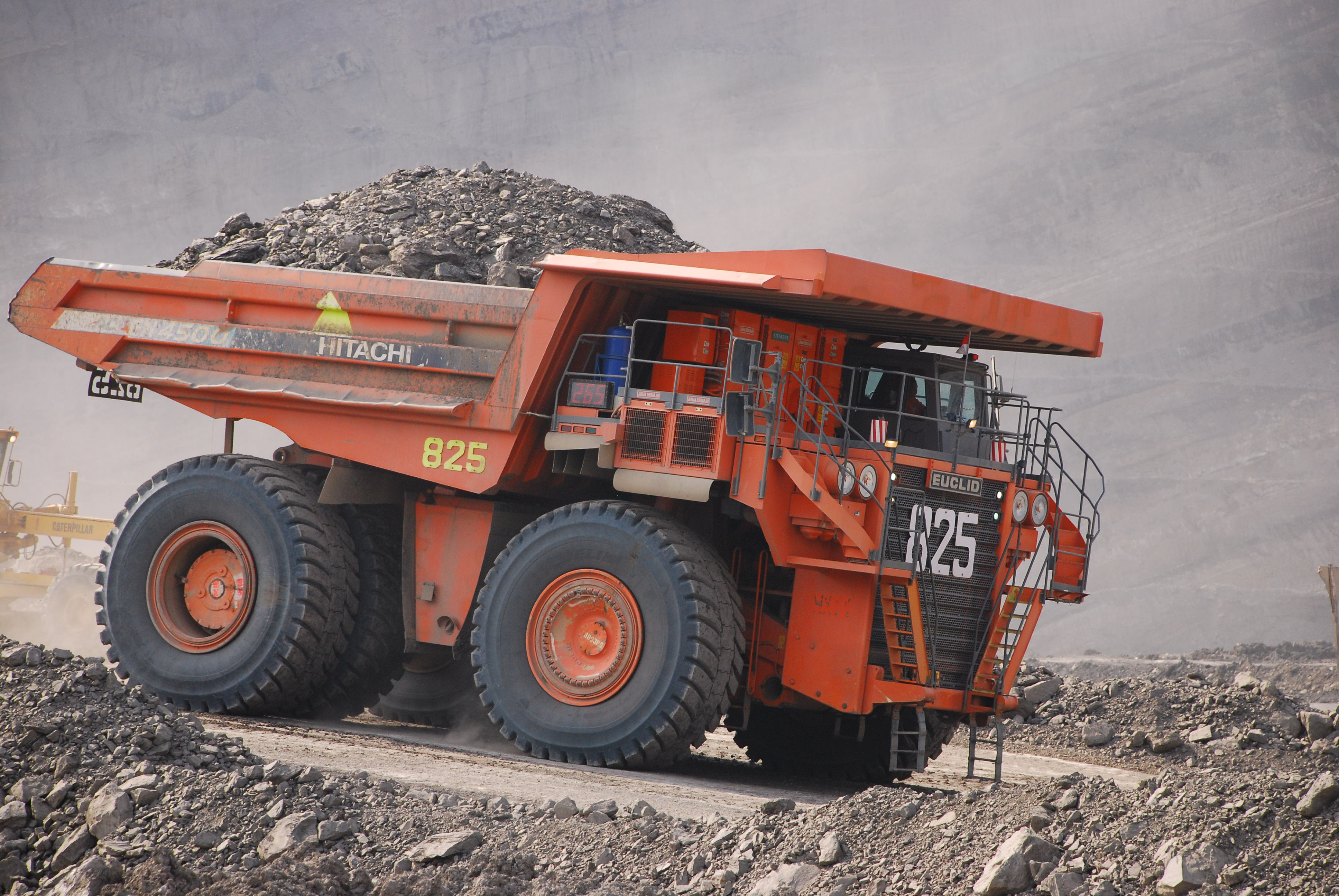 Do you consider yourself as a person that cares about the environment?  Are you concerned about climate change?  Are you concerned about oil pipelines traversing our lakes and rivers threatening our fresh water resources?  Then you understand energy production from High Efficiency Low Emissions (HELE) coal is an important part of the plan for a better environment, right?  No?

If we ignore the fact that new coal powered capacity will continue to come online over the next twenty years, we bury our heads in the sand when it comes to reducing greenhouse gas emissions and other atmospheric pollution.  We need to change the way we use coal and start using thermolysis for gasification rather than combustion for burning.   By choosing thermolysis instead of combustion, we can produce energy without producing pollution that harms our air and water.  In order to foster renewable energy sources like solar and wind, we need to find a common denominator fuel to let renewables compete on a wide scale.  That common denominator fuel is hydrogen.  We can make hydrogen from coal with significantly reduced pollution while we wean ourselves off of fossil fuels.  We can also make hydrogen from water and create zero pollution.   We can increase our capacity to make hydrogen from water while we decrease our use of coal over the long term.  We can phase coal out of our energy mix, but it will take time and we must have a pragmatic approach.

RMP draws contrast between the common misunderstanding between what is combustion and what is a non–combustion chemical reaction.  Burning coal is not the same thing as thermolysis  or the thermal decomposition of matter without releasing particulate matter to atmosphere.   The byproducts of thermolysis are inert and saleable for road making material and other construction material.

Be it known to all within the sound of my voice, whosoever shall be found guilty of burning coal shall suffer the loss of his head.

Coal has generally had three major knocks against it with regard to pollution and its negative effects on the environment:  1)  CO2 emissions,  2) Sulfur Dioxide emissions, & 3) Mercury emissions.   Other complaints about coal involve NOx’s and other particulate matter released to atmosphere.    So if we could produce cleaner energy from our abundance of US coal without releasing those types of END_OF_DOCUMENT_TOKEN_TO_BE_REPLACED