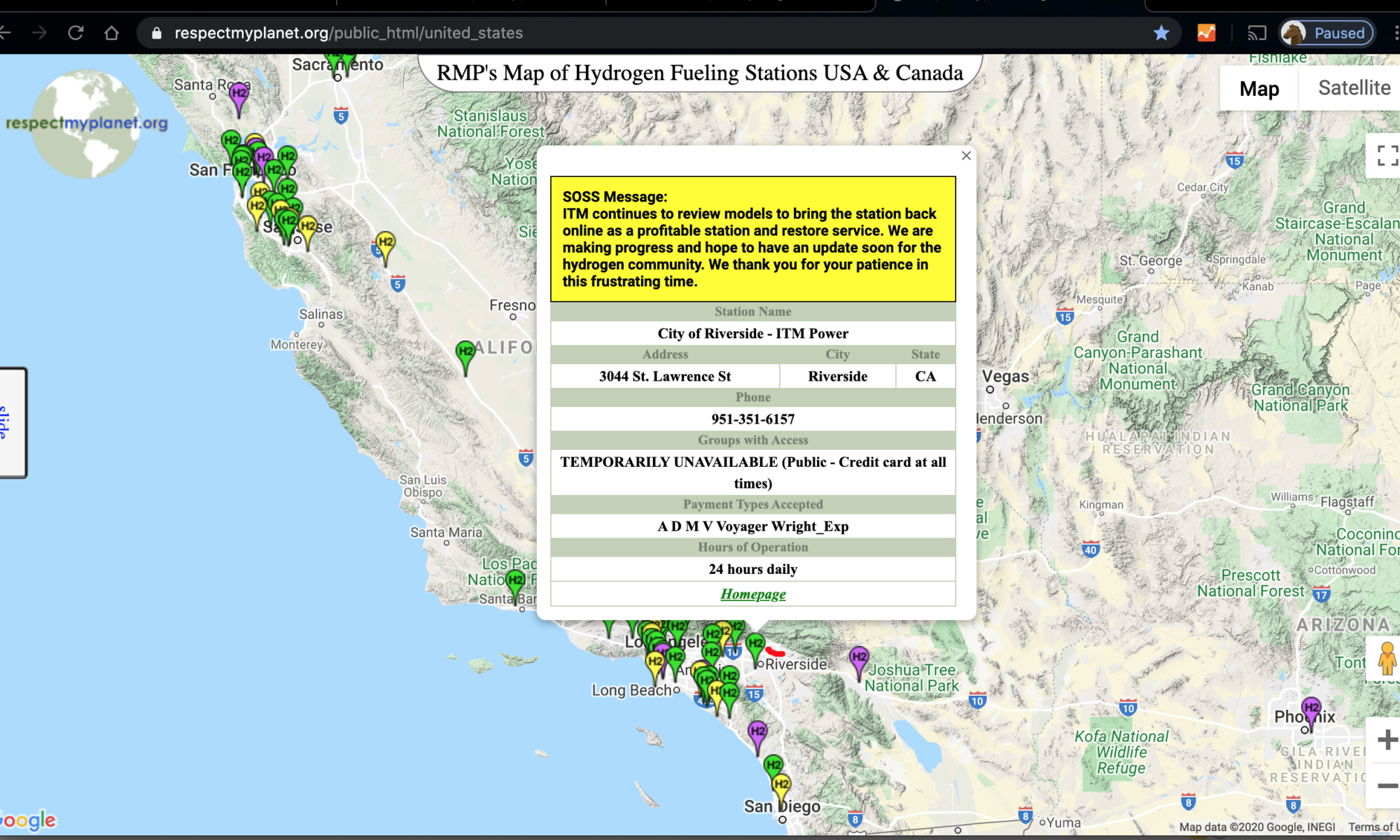 Since taking a new job in 2017 that didn’t work out super great which led to taking a new job again 2019, I haven’t had too much time to work on JavaScript & PHP & MySQL which is my favorite pass-time.  Finally in 2020, especially with the cancellation of sports for the kids, I have been knocking the rust off of my coding skills.  So much fun to finally start updating RMP’s maps again.

I will be doing more posts & videos on how to use RMP’s environmental maps.  RMP’s Hydrogen USA & Canada map and our Ann Arbor Dioxane Plume map will be the two “feature” maps as I rebuild the software throughout this year.  The concept is that many parts of the maps, using an MVC structure, form a standard mapping platform that allows me to exploit the heck out of the Google Maps API and do stuff you just can’t find in those cheesy newspaper maps which cost the papers a lot of money and still suck.  RMP will be able to show energy & contamination using a map platform that’s next level.

Just a short post to note that RMP’s interactive hydrogen map is now in phase 2 of getting some sweet updates.  By our quarterly report at June 30, 2020, I hope to have a ton of cool new features.  You’ll be able to see more locations too.  RMP already has the Redlands Passenger Rail line mapped in San Bernadino, but we have a lot more locations to truly show the infrastructure across North America.  RMP will be adding hydrogen production plants, liquefaction locations, transfill locations, and more truck & bus locations.

Going to be some cool new features coming soon, so please check back as RMP makes our map cooler & cooler.   As an FYI too, through all this work I was looking at the Air Liquide stations being built on the Eastern Seaboard and I can tell you they all look to be in the commissioning phase so the USA is going to be rolling H2 all up and down America’s newest hydrogen highway.  Check out all these pics below from Google Street view of Air Liquide stations in New York, Massachusetts, Connecticut, and Rhode Island.   All the stations are, it looks like, ready soon.

So, that’s it for this short post.  Just wanted to share all the information I found as I have been working on this Making Maps Great Again project.   I look forward to updating a ton of cool new features to help you find what you’re looking for if you’re an energy explorer too.

Thanks for reading & check back soon, hydrogen updates are happening fast now.  Air Liquide has quietly been kicking some serious ass & dropping some serious cash on America’s East Coast.   Look for the East Coast hydrogen highway to be opening soon!